A video from Explore Paris about my guided tours

Portrait in the French cultural magazine “Télérama” (read the interview) 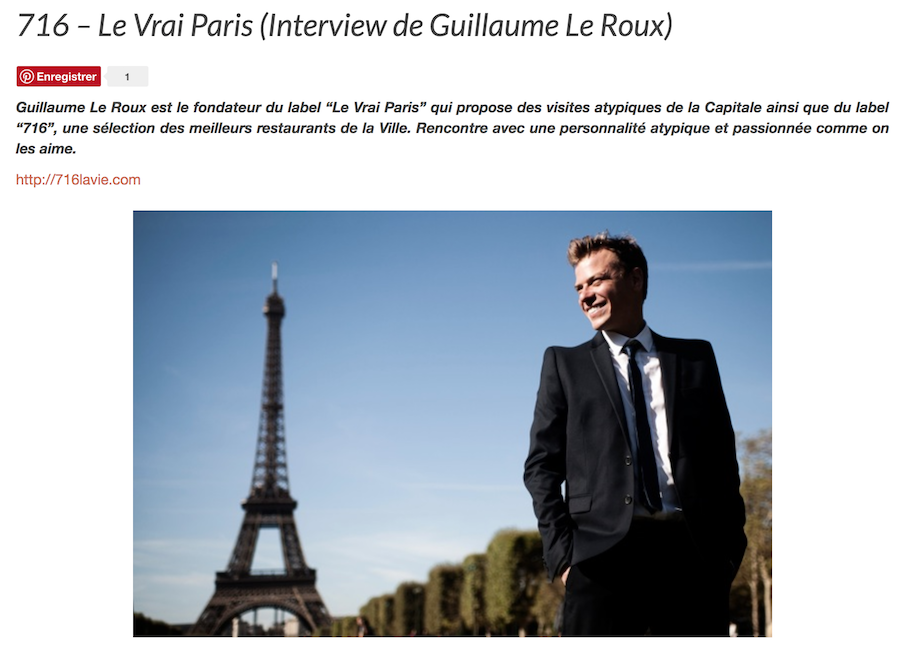 Article in “Just for Canadian Dentists” (read the interview)

Interview (french/russian) for the Russian magazine “Bright” (read the article)

I have produced a series of videos in which I make discover Paris to artists, here the NYC jewelry designer Jules from Bijules